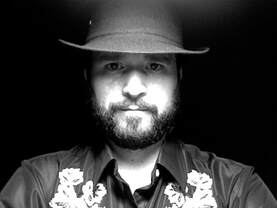 Curtis David Sackett grew up in Grants Pass, Oregon and graduated from Southern Oregon University before moving to Los Angeles to fulfill a dream as a walk-on right fielder for the Dodgers. When that fell through (strange, as he played right field for two years of T-ball), he followed his love of movies to a job as production assistant on commercials, TV and movies. Curtis worked in numerous aspects of entertainment from writing and pre-production, to on-set production and into post where he won an Emmy for editing. He gathered all his marbles and funneled his creative energy into his short, The Three Canvases. With a budding confidence he went back to his hometown to make his first feature length movie, Boundary Springs, about a boy carrying his grandfather’s ashes to the source of their favorite river. The feature was filmed along the Wild & Scenic Rogue River and is currently in post production. He snaps pictures of discarded Christmas trees for his instagram, in between writing and raising his daughter with his amazing wife, producing partner and editor, Aziza Ngozi.  @CurtisDSackett 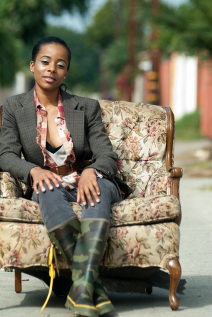 Aziza Ngozi is the creation of two baby boomers who nurtured her in a creative environment of expression. Aziza was hooked and went off to major in film at Northwestern University, located in the windy city of Chicago. During her junior year at NU, she was selected to participate in the American Pavilion Student Filmmaker program at the Cannes Film Festival where she was introduced to the business of foreign distribution. Her short film The Cabrini Green Reconstruction, a brief, but blunt urban documentary was also featured in the Cannes Short Film Corner where it enjoyed exposure and was acquired by various other film festivals. Following college, Aziza took part in various industry internships.  Her shadowing role with the Lead Editor at Point 360 West (Known for American Idol, Lost & The Kids Choice Awards) was the stepping stone to her Assistant Editor role on the SPIKE TV show, Monster Knockout.  She went on to gain an Assistant Editor position on the History Channel’s Decoded, produced by GoGo Luckey. Aziza recently finished her work as the First Assistant Editor on the Sony remake of Sparkle with her mentor Editor, Terilyn A. Shropshire, A.C.E.

Aziza is constantly honing her craft editing independent projects. Her credits include the award winning webisode The Misadventures of Awkward Black Girl and the unreleased webisode Friendly Confines.  She is currently at work on the short film Kay which focuses on a family dealing with the last days of the schizophrenic mother dying from cancer. Aziza is currently producing and editing a feature film project as part of a collaboration with Screenwriter/Director Curtis David Sackett. 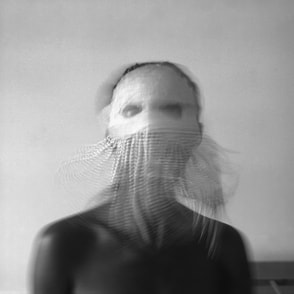 Sienna Pinderhughes is an image-maker based in New Orleans, LA. She has been enamored with the power of the photographic image for as long as she can remember. Inspired by her first filmmaking experience directing a documentary during her senior year in college, Sienna pursued work as a Production Assistant on the films: 'Marvin Gaye: What’s Going On', with director Sam Pollard, and 'Through A Lens Darkly: Black Photographers & The Emergence Of A People' led by director Thomas Allen Harris. In 2009 Sienna participated in Third World Newsreel’s Production Workshop and the 'Basic Cinematography' workshop at Maine Media College in Vermont. Sienna went on to shoot the short films 'Bumming Cigarettes' with director Tiona McClodden; 'The Three Canvases' for director Curtis Sackett; her own short film 'IMMACULATE', which premiered at the 2016 New Orleans Film Festival; and, most recently, filmmaker Zuri Obi's forthcoming experimental documentary 'Blood Peach'. In 2018, Sienna was honored to be selected to participate in AFI's inaugural Cinematography Introductory Intensive for Women, where she developed an invaluable network of support. Sienna currently works as a Camera Assistant in the film and television industries while birthing several moving-image and still photography projects and public engagements of her own creation, including her first solo photography installation. 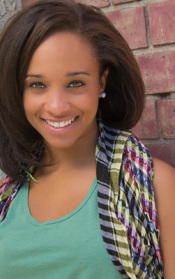 Jalene Goodwin is an actress, singer and choreographer from Trinidad and Tobago.  She holds degrees in Film and Media Arts and also Performing Arts from The University of Tampa.  Currently residing in Los Angeles, Jalene has decided to add Casting to her resume taking on the project The Three Canvases.